Two Girls. One Gun. The Mob.
Alto was always intentionally a movie to make people laugh, and through humor, help heal the wounds that separate us, particularly from those we love.

This is the point at which Alto begins: la famiglia…for many Italian-Americans, a source of great pride and responsibility, as well as a repository for all the complicated emotions evolving from that. Admittedly, I was thinking of my family from the first draft.  Their hard work and sacrifice, through generations, made my life possible.

My use of the Mafia in this film was as intentional as the use of comedy.  While I see the shadow Cosa Nostra casts on the many Italian Americans who have no part in it, I wanted to acknowledge that something besides its criminal element has cemented its place in the American psyche: the idea that in a culture that venerates the individual, there is a way to celebrate family and find a secure place within it—a sense of belonging—while still leaving the question mark of uniqueness enough room to materialize.

I know what it’s like to step outside the everyday world and play by my own set of rules. The path to making this film involved my coming out as transgender, something I’d felt completely unprepared to discuss for many years.  I have a great family, but I wasn’t prepared for their acceptance.  I’d tied myself in knots because I didn’t want to hurt them.  Instead they gave me the gift of any great family: their love.

In the end, I wanted to make a film that would break through the differences between people and encourage authentic lives.  When I considered what I’d written—-a character whose planned life disintegrates when she questions what she’ll do to stay true to herself-—it felt impossible to explore the story thoroughly without acknowledging the creative pressure inside me to do so, and it felt impossible to explore that creative pressure without letting it push me into the world.  Through directing this film, I found a voice willing to expand beyond what I previously found comfortable.

As an Italian-American, I was taught that my life experiences are not all about me.  It just so happens, some of those lessons are the stuff of comedy.  Alto is, first and foremost, a love letter to the people who made me: for the hours they dedicated to my upbringing and to the communities in which they lived.  Through them, I learned that what matters in the world is simple but getting there is not.  Alto emerged from a place that knew both.  It emerged from family.
— Mikki del Monico
ALTO
Improbable love, the mob, and family traditions gone awry
pave the road for laughter in this character-rich story that
explores uncharted territory.
When unlikely worlds collide, chaos ensues, and it comes down to
Two Girls. One Gun. The Mob.
Because coming out to family is hard, but coming out to "FAMILY" is funny. 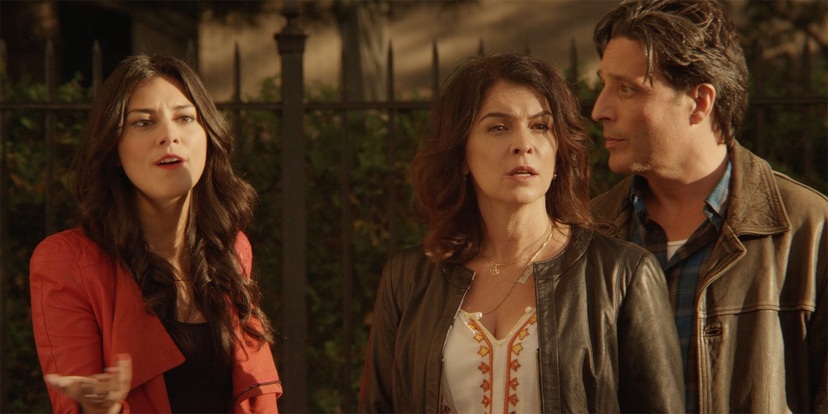